Could "free will" arise from random brain noise? 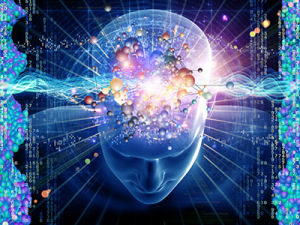 Free will, the ability that we believe we have to make choices - and mistakes - might arise from simple random fluctuations in the brain's background electrical noise, say neuroscientists from the University of California, Davis.

"How do we behave independently of cause and effect?" said Jesse Bengson, a researcher at the University's Center for Mind and Brain. "This [research] shows how arbitrary states in the brain can influence apparently voluntary decisions."

Bengson explained that the brain has a normal level of background noise, as electrical activity patterns fluctuate across the brain. In the new study, published in the Journal of Cognitive Neuroscience, he found that decisions could be predicted based on the pattern of brain activity immediately before a decision was made.

For the study, Bengson sat volunteers in front of a screen and told them to fix their attention on the center, while using electroencephalography to record their brains' electrical activity. The volunteers were instructed to make a decision to look either to the left or to the right when a cue symbol appeared on screen, and then to report their decision. The cue to look left or right appeared at random intervals, so the volunteers could not consciously or unconsciously prepare for it.

Bengson and his team found that the patterns of the brain's background noise in the second or so before the cue symbol appeared - before the volunteers could know they were going to make a decision - could predict the likely outcome of the decision. "The state of the brain right before presentation of the cue determines whether you will attend to the left or to the right," Bengson said.

The new results build on Libet's earlier work, because they provide a model for how brain activity could precede decision. Additionally, Libet had to rely on when volunteers said they made their decision. In the new experiment, the random timing means that "we know people aren't making the decision in advance," Bengson said.

Libet's experiment raised questions about free will - if our brain is preparing to act before we know we are going to act, how do we make a conscious decision to act? The new work, though, shows how "brain noise" might actually create free will. "It inserts a random effect that allows us to be freed from simple cause and effect," Bengson said.