Species turnover: this isn't the biodiversity you're looking for 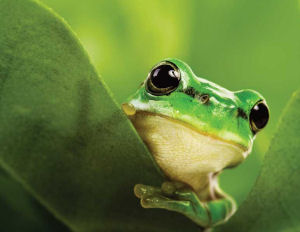 Re-examining biodiversity data from one hundred long-term ecosystem monitoring studies done around the world, a new paper has revealed that the number of species in many of these places has not changed much - or has actually increased. But the researchers did discover something changing rapidly: which species were thriving.

University of Vermont researcher Nick Gotelli's new report in the journal Science notes that almost 80 percent of the communities the team examined showed substantial changes in species composition, averaging about 10 percent change per decade - significantly higher than the rate of change predicted by ecosystem models.

In other words, Gotelli's report shows that a huge turnover of species in habitats around the globe is under way, resulting in the creation of novel biological communities. "Right under our noses, in the same place that a team might have looked a decade earlier, or even just a year earlier, a new assemblage of plants and animals may be taking hold," he explained.

The causes of this shift are not yet fully clear, but the implications for conservation and policy could be significant. Historically, conservation science and planning has focused on protecting endangered species more than on shifts in which plants and animals are assembled together. "A main policy application of this work is that we're going to need to focus as much on the identity of species as on the number of species," Gotelli says. "The number of species in a place may not be our best scorecard for environmental change."

"In the oceans we no longer have many anchovies, but we seem to have an awful lot of jellyfish," says Gotelli. "Those kinds of changes are not going to be seen by just counting the number of species that are present."

He thinks that invasive species or weedy generalists - think kudzu and rats - may be spreading into new places, keeping the local species tally up, even as the planet's overall biodiversity is degraded.

"We move species around," Gotelli says. "There is a huge ant diversity in Florida, and about 30 percent of the ant species are non-natives. They have been accidentally introduced, mostly from the Old World tropics, and they are now a part of the local assemblage. So you can have increased diversity in local communities because of global homogenization."

Range shifts associated with climate change could be at work, too, quickly pushing species into new terrain. Gotelli and his co-authors conclude that there "is a need to expand the focus of research and planning from biodiversity loss to biodiversity change."