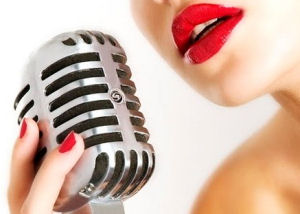 A series of experiments by researchers at Albright College suggests that men cannot intentionally make their voices sound more sexy or attractive, while women have little trouble increasing their vocal allure.

The research, appearing in the Journal of Nonverbal Behavior, examined the patterns that emerge when men and women intentionally modify their voices to project four traits related to mate selection and competition – sexiness, dominance, intelligence and confidence.

The researchers found that women could make their voices sound more attractive, but men failed miserably. “In fact, although not significantly, it got a bit worse when men tried to sound sexy,” says study author Susan Hughes.

Spectrogram analyses of the voices revealed that both sexes slowed their speech to sound sexy or attractive, while women also lowered their pitch and increased their hoarseness. “A woman will signal her interest in a man by intentionally dropping her voice,” noted Hughes.

The study found that both sexes can manipulate their voices to sound more intelligent. Women, however, could not sound more confident. Men could, but only when judged by female raters. This may be true, according to the study, because it’s important for men to project confidence to women (and for women to perceive it), since confidence can indicate financial and personal success, which women value in a potential partner. Men, on the other hand, may be more attuned to detecting male posturing and more inclined to underrate their competition.

The authors believe their findings could have practical applications in the fields of public speaking and acting, and in more effectively communicating with an audience.

Related:
Discuss this article in our forum
Tweet this: human language may have evolved from birdsong
“It’s not you, it’s me,” means it’s probably you, say ovulation boffins
Beer-goggles put to the test