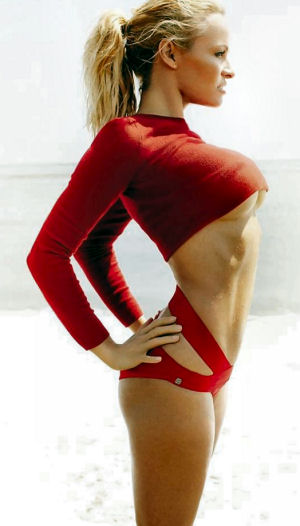 The always intriguing annual stats from the American Society of Plastic Surgeons (ASPS) show that breast lifts are the procedure du jour for American women, growing at twice the rate of breast implant surgeries. Although breast implants are still the most performed cosmetic surgery in women, lifts are steadily gaining, growing 70 percent since 2000. “Many women are looking for a youthful breast by using the tissue they already have,” said ASPS President Robert X. Murphy.

According to the new statistics, women aged between 30 and 54 made up the majority of breast lift procedures. Childbirth, breastfeeding, and aging are the driving forces, say plastic surgeons. “The breast lift procedure is way up in my practice,” said Anne Taylor, a plastic surgeon in Columbus, Ohio. “More women are coming to us who’ve had children, whose breast volume has decreased and who are experiencing considerable sagging,” she said. “For many of them, we are able to get rid of excess skin and lift the breasts back up where they’re supposed to be.”

Surgeons say the idea of surgery that only uses natural tissue appeals to women. “The ideal candidate for a breast lift is a woman who has a good amount of breast tissue left, who doesn’t necessarily want to have implants,” said Dr. Murphy. “Many women aren’t sure if they are a candidate for this type of surgery, but a simple pencil test can tell them if they are.”