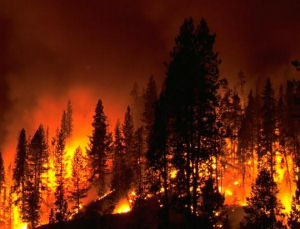 "We were stepping over all these dead trees on the ground that had been killed by the initial blast," Mousseau exaplined. "Some 15 or 20 years later, these tree trunks were in pretty good shape. If a tree had fallen in my backyard, it would be sawdust in 10 years or so." 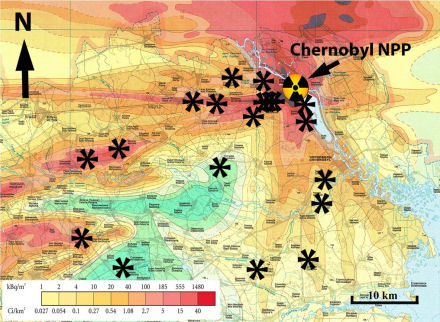 "It's another facet of the impacts of low-dose-rate radioactive contaminants on the broader ecosystem," Mousseau says. "We've looked at many other components, namely the populations of animals in the area, and this was an opportunity for broadening our range of interests to include the plant and microbial communities."

Worryingly, the results show the potential for further spread of radioactivity. "This litter accumulation that we measured, which is likely a direct consequence of reduced microbial decomposing activity, is like kindling. It's dry, light and burns quite readily. There's been growing concern by many different groups of the potential for catastrophic forest fires to sweep through this part of the world and redistribute the radioactive contamination that is in the trees and the plant biomass," Mousseau explained. "That would end up moving cesium and other contaminants via smoke into populated areas."