You are here: Home › Health › Genetics › News › Genetics play no role in disease risk, claims controversial new study
By Will Parker on February 20, 2014 in Genetics, News 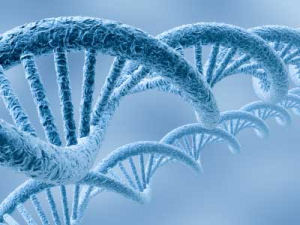 Genes have been implicated in influencing everything from our sexual orientation to our risk of cancer, but a new paper published in the Journal of the Royal Society Interfaceasserts that the prominent emphasis currently given to the gene (a string of bases on the DNA molecule) in biology is based on a flawed interpretation of experimental genetics. It further argues that associations between specific genes and biological outcomes are entirely spurious.

Annila explains that when a gene is deployed, it is first transcribed and then translated into a peptide – a string of amino acids. To then give rise to biological properties, it needs to “fold” into a protein. This process consumes energy and is therefore governed by the 2nd law of thermodynamics, but it is also influenced by the environment in which the folding takes place. “These two factors mean that there is no causal relationship between the original gene coding sequence and the biological activity of the protein,” he contends.

Annila’s paper notes that at the most fundamental level, organisms are energy-consuming systems and the appropriate foundation in physics is that of complex dissipative systems. “As energy flows in and out and within, the complex molecular system called the cell, fundamental physical considerations, dictated by the 2nd law of thermodynamics, demand that these flows, called actions, are maximally efficient in space and time,” he explains. “Energy exchanges can give rise to new emergent properties that modify the actions and give rise to more new emergent properties and so on. The result is evolution from simpler to more complex and diverse organisms in both form and function, without the need to invoke genes. This model is supported by earlier computer simulations to create a virtual ecosystem by Mauno Ronkko of the University of Eastern Finland.”

The paper suggests that if genes do not influence our health and behavior, then the real causes of disease must arise from our environment. Annila also says that the current strategy towards basing healthcare on genome-wide sequencing (“personalized healthcare”) will prove costly and ineffective.