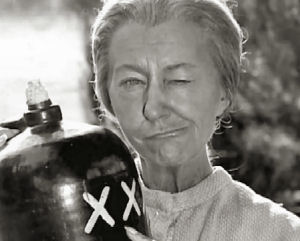 A new study involving women with early onset menopause found no detrimental effects from testosterone supplementation, but there were no significant improvements either; in quality of life, self esteem, or mood. “Bringing testosterone back up to normal may not bring them [menopausal women] the boost they hoped for,” the researchers report in the journal Menopause.

Previously, other studies looking at boosting testosterone for women who lose ovarian function, such as after natural menopause or hysterectomy, haven’t yielded consistent results. The new study focused on the 1 percent of women who undergo early onset (under 40) menopause.

The new research suggests that it’s something other than testosterone that modulates mood in women with early onset menopause. But the researchers concede that there are still unknowns. The study didn’t measure depression and sexual function specifically. “Having some effect on desire may take raising testosterone to higher-than-normal levels, although that poses questions about safety,” say the researchers.