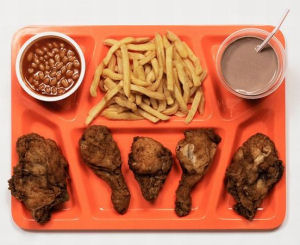 Published in the journal Laws, a new study that examined the last meal choices made by death row inmates found a significant link between the inmate's food selection and their self-perceived guilt or innocence.

The study, by Cornell University researcher Kevin Kniffin, examined whether an individual who has accepted guilt - by apologizing or confessing - is more likely to indulge in a last meal. He also looked at how their meals differ from those who maintain that they are innocent. 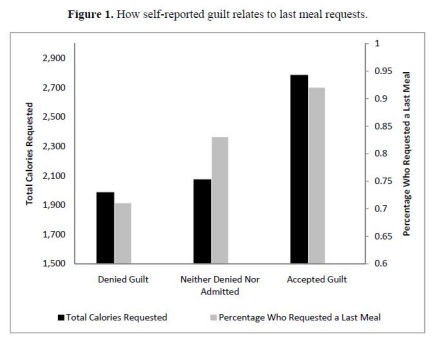 "Social circumstance often gives meals meaning, so it is logical that the last meals of those on death row may signify something beyond taste preference," said Kniffin. "While there are many factors that could contribute to last meal selection, this study is the first to provide evidence of a link between food selection and self-perceived guilt or innocence."

Kniffin says the findings may be of use to the legal community in further assessing the innocence and perceived innocence of those who have received the death penalty in the past.