You are here: Home › Health › Mental Health › News › How a cold or the flu can cripple your spatial awareness
By Will Parker on January 25, 2014 in Mental Health, News 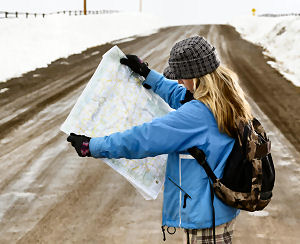 Catching a cold or the flu, which leads to inflammation in the brain, impairs our ability to form spatial memories. That’s according to researchers from the Brighton and Sussex Medical School (UK) who have been studying how brain chemistry changes with inflammation and the resulting effects on cognition. They say the impairment results from a decrease in glucose metabolism in the brain’s memory centre, disrupting the neural circuits involved in learning and memory.

Inflammation has long been linked to disorders of memory like Alzheimer’s disease. The new findings, published in the journal Biological Psychiatry, help explain why inflammation impairs memory and could spur the development of new drugs targeting the immune system to treat dementia.

For the study, the team scanned 20 participants before and after either a benign salt water injection or typhoid vaccination (used in this case to induce inflammation). Positron emission tomography was then used to measure the effects of inflammation on the consumption of glucose in the brain. After each scan, participants tested their spatial memory by performing a series of tasks in a virtual reality.

“We have known for some time that severe infections can lead to long-term cognitive impairment in the elderly. Infections are also a common trigger for acute decline in function in patients with dementia and Alzheimer’s disease,” explained Harrison. “This study suggests that catching a cold or the flu, which leads to inflammation in the brain, could impair our memory.”

Related:
Discuss this article in our forum
Sports brain injury may actually be an autoimmune phenomenon
Multitasking: you’re bad at it
Spatial awareness skewed by fear
Gene expression altered with meditation