You are here: Home › Animal Kingdom › News › Testosterone enhances desire to sing, but not song quality
By Will Parker on December 31, 2013 in Animal Kingdom, News 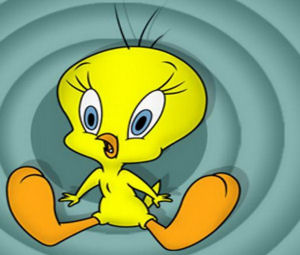 Scientists listening to the effects of testosterone on birdsong say their findings have broad implications for understanding how steroid use in humans affects sexual behaviors and how hormones regulate the different components of speech in humans. Their research is detailed in the journalProceedings of the National Academy of Sciences.

For the male canary, the ability to sing a pitch-perfect song is vital to woo female canaries. In the new study, the researchers at Johns Hopkins University found that introducing testosterone in select areas of a male canary’s brain can affect the bird’s ability to successfully attract and mate with a female through birdsong. They also found that enhancing song activity based on testosterone in one brain area can change the size of a separate brain area that regulates song quality.

“Our data suggests that testosterone needs to act in different areas of the brain to regulate the specific components of this complex social phenomenon,” explained Alward. “It appears that, like in so many other species, testosterone in the POM can regulate an animal’s motivation, in this case, the motivation to sing. However, singing and courting a female is more than just motivation. There is the quality of the song that is required to successfully attract a mate and then the process of attending to the female, or singing to her, when she is there which requires the coordination of multiple brain regions.”

Meanwhile, the canaries that received testosterone throughout the brain displayed high-quality typical canary vocalization behavior, consistent with the idea that the hormone acts on several different brain areas to regulate how much – as well as how well – the birds can sing.

The researchers say these results have broad implications for research into the effects of steroid use in humans and how hormones regulate the different components of speech in humans. “The hormones in these birds are identical to those in humans and they can regulate brain changes in a similar manner,” said Ball.