You are here: Home › News › Space › Hubble spots water on distant exoplanets
By Will Parker on December 3, 2013 in News, Space 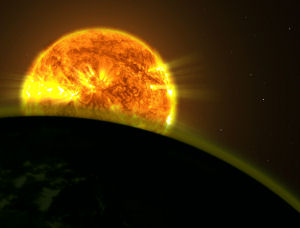 The five planets – WASP-17b, HD209458b, WASP-12b, WASP-19b and XO-1b – all had varying water signatures. WASP-17b, a planet in the constellation Scorpius, and HD209458b in the constellation Pegasus, had the strongest signals. The signatures for the other three planets, WASP-12b, WASP-19b and XO-1b, are also consistent with water.

“We’re very confident that we see a water signature for multiple planets,” said Avi Mandell, a planetary scientist at NASA. “This work really opens the door for comparing how much water is present in atmospheres on different kinds of exoplanets, for example hotter versus cooler ones.”

The new study, published in the Astrophysical Journal, was part of a census of exoplanet atmospheres using Hubble’s Wide Field Camera 3 to explore the absorption of light through the planets’ atmospheres. The observations were made in a range of infrared wavelengths where the water signature, if present, would appear. The teams compared the shapes and intensities of the absorption profiles, and the consistency of the signatures gave them confidence they saw water. 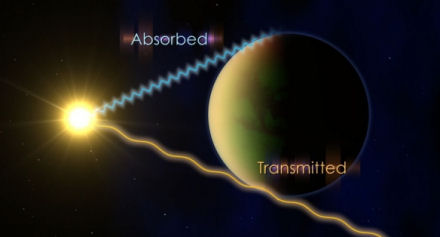 “To actually detect the atmosphere of an exoplanet is extraordinarily difficult. But we were able to pull out a very clear signal, and it is water,” said study leader L. Drake Deming, of the University of Maryland. The study notes that the five exoplanets are all hot Jupiters, massive worlds that orbit close to their host stars. The researchers were initially surprised that all five appeared to be hazy. But Deming and Mandell say that other researchers are finding evidence of haze around exoplanets.

This haze, they suggest, alters the profiles of water signals and other important molecules in a distinctive way. “These studies, combined with other Hubble observations, are showing us that there are a surprisingly large number of systems for which the signal of water is either attenuated or completely absent,” said Heather Knutson of the California Institute of Technology, a co-author on Deming’s paper. “This suggests that cloudy or hazy atmospheres may in fact be rather common for hot Jupiters.”