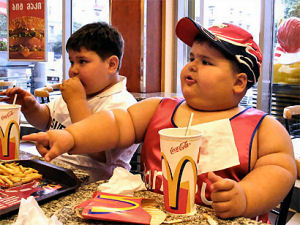 Previous studies have shown that obesity can lead to alterations in the brain, but in new research, scientists have found that being severely overweight alters our sense of taste at the most fundamental level: by changing how our tongues react to different flavors. The intriguing new findings, based on experiments with mice, appear in the journalPLOS ONE.

To measure the animals’ response to different tastes, the researchers looked at the calcium signaling process that occurs in taste cells. Lead researcher Kathryn Medler explained that when cells “recognize” a certain taste, there is a temporary increase in the calcium levels inside the cells which can be measured.

“Obesity can lead to alterations in the brain, as well as the nerves that control the peripheral taste system, but no one had ever looked at the cells on the tongue that make contact with food,” said Medler. “What we see is that even at this level – at the first step in the taste pathway – the taste receptor cells themselves are affected by obesity.”

How an inability to detect sweetness might encourage weight gain is unclear, but past research has shown that obese people may not taste sweet and savory flavors as well as thinner people. Medler speculates that it’s possible that trouble detecting sweetness may lead obese mice to eat more than their leaner counterparts to get the same “payoff.”

“If we understand how these taste cells are affected and how we can get these cells back to normal, it could lead to new treatments,” Medler concluded. “These cells are out on your tongue and are more accessible than cells in other parts of your body, like your brain.”