Although NASA's Kepler space telescope is no longer functioning, astronomers examining the data it provided say they now have enough information to answer its main research question: How many of the 200 billion stars in our galaxy have habitable planets? 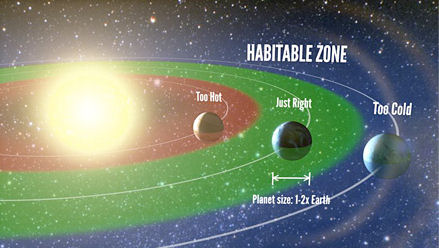 The Kepler space telescope was launched in 2009 to look for planets outside the solar system (exoplanets) that cross in front of, or transit, their stars, which causes a slight diminution - about one hundredth of 1 percent - in the star's brightness. From among the 150,000 stars photographed every 30 minutes for four years, NASA's Kepler team reported more than 3,000 planet candidates. Many of these are much larger than Earth - ranging from large planets with thick atmospheres, like Neptune, to gas giants like Jupiter - or in orbits so close to their stars that they are roasted.

To sort these candidates out, the astronomers used the Keck telescopes in Hawaii to obtain spectra of as many stars as possible. This helps determine each star's true brightness and calculate the diameter of each transiting planet.

The team, from the University of California, Berkeley, and University of Hawaii, focused on the 42,000 stars that are like our Sun or slightly cooler and smaller, and found 603 candidate planets orbiting them. Only 10 of these were Earth-size, that is, one to two times the diameter of Earth and orbiting their star at a distance where they are heated to lukewarm temperatures suitable for life. The team's definition of habitable is that a planet receives between four times and one-quarter the amount of light that Earth receives from the Sun. 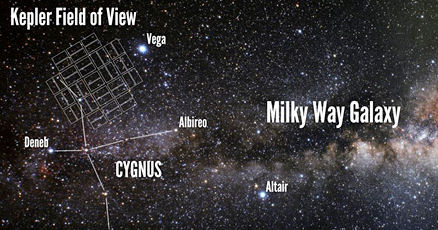 "When you look up at the thousands of stars in the night sky, the nearest sun-like star with an Earth-size planet in its habitable zone is probably only 12 light years away and can be seen with the naked eye. That is amazing," said UC Berkeley's Erik Petigura, who led the analysis of the Kepler data.

What distinguishes the new findings from previous analyses of Kepler data is that the planet-finding algorithms were subjected to a battery of tests in order to measure how many habitable zone, Earth-size planets were missed. Petigura introduced fake planets into the Kepler data in order to determine which ones his software could detect and which it couldn't.

"What we're doing is taking a census of extrasolar planets, but we can't knock on every door. Only after injecting these fake planets and measuring how many we actually found could we really pin down the number of real planets that we missed," Petigura explained.

All of the potentially habitable planets found in the team's survey are around K-type stars, which are cooler and slightly smaller than the Sun, Petigura said. But the researchers' analysis shows that the result for K stars can be extrapolated to G stars like the Sun. Had Kepler survived, it would have obtained enough data to directly detect a handful of Earth-size planets in the habitable zones of G-type stars.

"If the stars in the Kepler field are representative of stars in the solar neighbourhood... then the nearest [Earth-size] planet is expected to orbit a star that is less than 12 light-years from Earth and can be seen by the unaided eye," the researchers wrote in their paper. "Future instrumentation to image and take spectra of these need only observe a few dozen nearby stars to detect a sample of Earth-size planets residing in the habitable zones of their host stars."