You are here: Home › Health › Mental Health › News › Researchers isolate protein that delivers brain benefits of exercise
By Will Parker on October 13, 2013 in Mental Health, News 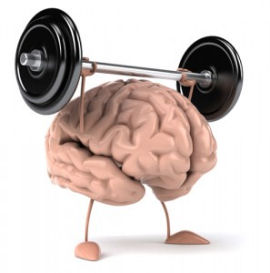 The new work goes a long way to explaining how endurance exercise can improve cognitive function, particularly in older people. The researchers think it could eventually lead to improved therapies for cognitive decline in older people and slow the toll of neurodegenerative diseases such Alzheimer’s and Parkinson’s.

“What is exciting is that a natural substance can be given in the bloodstream that can mimic some of the effects of endurance exercise on the brain,” said researcher Bruce Spiegelman, of Dana-Farber.

Spiegelman’s research team previously reported that the protein, called FNDC5, is produced by muscular exertion and is released into the bloodstream as a variant called irisin. In the new research, endurance exercise increased the activity of a metabolic regulatory molecule, PGC-1á, in muscles, which spurred a rise in FNDC5 protein. The increase of FNDC5 in turn boosted the expression of a brain-health protein, BDNF (brain-derived neurotrophic protein) in the hippocampus, a part of the brain involved in learning and memory.

“Perhaps the most exciting result overall is that peripheral delivery of FNDC5 with adenoviral vectors is sufficient to induce central expression of BDNF and other genes with potential neuroprotective functions or those involved in learning and memory,” Spiegelman said. However, he cautions that more research is required before a treatment for humans will become available as a more stable form of the protein is required.