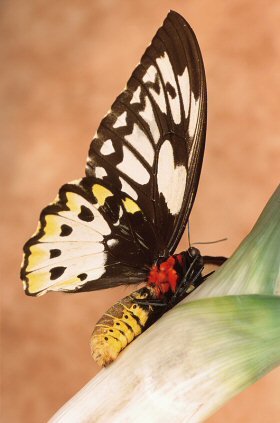 In a fascinating new study, human life expectancy - which is rarely included in analyses of human impacts on the environment - emerged as the key predictor of invasive species and extinctions.

The study, published inEcology and Society, examined a combination of 15 social and ecological variables - from tourism and per capita gross domestic product to water stress and political stability. Then the University of California, Davis researchers analyzed their correlations with invasive and endangered birds and mammals, which are two indicators of what conservationists call "land sickness."

That's when human life expectancy surfaced as the key predictor of global invasions and extinctions. "It's not a random pattern," said lead author Aaron Lotz. "Out of all this data, that one factor - human life expectancy - was the determining factor for endangered and invasive birds and mammals."

Lotz said the study's results indicate the need for a better scientific understanding of the complex interactions among humans and their environment. "Some studies have this view that there's wildlife and then there's us," he suggested. "But we're part of the ecosystem. We need to start relating humans to the environment in our research and not leave them out of the equation. We need to realize we have a direct link to nature."

Related:
Discuss this article in our forum
Survival Of The Cutest
Marijuana farms impacting fragile ecosystems
Biodiversity backflip on warming climate
Endangered Species Get A Lift From Viagra