You are here: Home › Animal Kingdom › News › Evidence for sonar contributing to mass whale strandings
By Will Parker on October 2, 2013 in Animal Kingdom, News 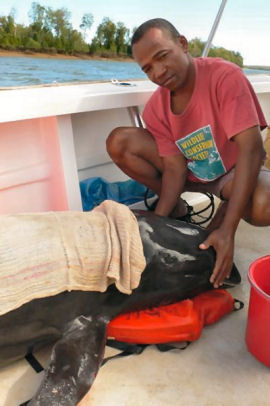 For the first time, a mass stranding of marine mammals has been linked to the high-frequency sonar mapping systems used by the petrochemical industry.

Importantly, the findings from the stranding of approximately 100 melon-headed whales in northwest Madagascar in 2008 were made by an independent scientific review panel. Additionally, a multi-stakeholder steering committee – that included members from the petrochemical industry – was established to provide guidance in setting up and structuring the review panel.

“Mass stranding response is challenging under the best of circumstances. Together with local individuals and the government of Madagascar, we provided the expertise to rescue as many animals as possible and medical care to those that stranded alive,” said Katie Moore, Director of Animal Rescue at the International Fund for Animal Welfare. “Equally important was to gather as much data as possible from the animals to address the root cause of the stranding.”

One of the members of the panel, the Wildlife Conservation Society (WCS), led the initial investigation into the stranding by organizing a team of researchers to carry out necropsies on the dead whales. 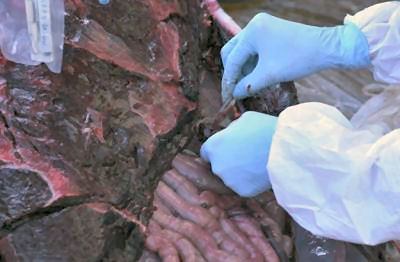 According to the final report, the Madagascar stranding; “is the first known marine mammal mass stranding event of this nature to be closely associated with high-frequency mapping sonar systems. The potential for behavioral responses and indirect injury or mortality from the use of similar MBES [multi-beam echo sounder systems] should be considered in future environmental assessments, operational planning, and regulatory decisions.” The researchers involved say their findings add to a mounting body of evidence of the potential impacts of man-made noise on marine mammals. “Implications go well beyond the hydrocarbon industry, as these sonar systems are widely used aboard military and research vessels for generating more precise bathymetry [underwater mapping]. We now hope that these results will be used by industry, regulatory authorities, and others to minimize risks and to better protect marine life, especially marine mammal species that are particularly sensitive to increasing ocean noise from human activities,” said Dr. Howard Rosenbaum, from the WCS.