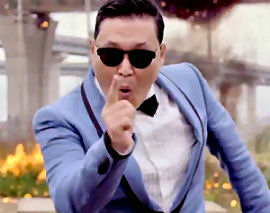 The research, reported in the journal Psychological Science, has broad implications and could lead to more persuasive advertisements and better ways for teachers to communicate with students. The study suggests that people are regularly attuned to how the things they're seeing will be useful and interesting. "Not just to themselves, but to other people," explained the study's senior author, Matthew Lieberman. "We always seem to be on the lookout for who else will find this helpful, amusing or interesting."

The subjects exposed to these TV pilot ideas were asked to envision themselves as television studio interns who would decide whether or not they would recommend each idea to their "producers." These students made videotaped assessments of each pilot.

Another group of subjects were asked to act as the "producers." These students watched the interns' videos assessments of the pilots and then made their own ratings about the pilot ideas based on those assessments.

"We're constantly being exposed to information on Facebook, Twitter and so on," said Lieberman. "Some of it we pass on, and a lot of it we don't. Is there something that happens in the moment we first see it - maybe before we even realize we might pass it on - that is different for those things that we will pass on successfully versus those that we won't?"

The researchers found that the interns who were especially good at persuading the producers showed significantly more activation in a brain region known as the temporoparietal junction (TPJ), at the time they were first exposed to the pilot ideas they would later recommend. Lieberman said they had more activation in this region than the interns who were less persuasive and more activation than they themselves had when exposed to pilot ideas they didn't like. "It was the only region in the brain that showed this effect," Lieberman noted. "One might have thought brain regions associated with memory would show more activation, but that was not the case." 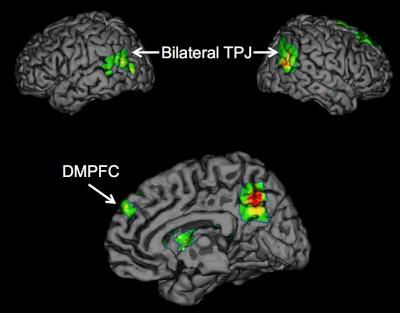 "We found that increased activity in the TPJ was associated with an increased ability to convince others to get on board with their favorite ideas," added co-researcher Emily Falk. "You might expect people to be most enthusiastic and opinionated about ideas that they themselves are excited about, but our research suggests that's not the whole story. Thinking about what appeals to others may be even more important."

The TPJ, located on the outer surface of the brain, is part of what is known as the brain's mentalizing network, which is involved in assessing about what other people think and feel. The network also includes the dorsomedial prefrontal cortex (DMPFC), located in the middle of the brain.

"When we read fiction or watch a movie, we're entering the minds of the characters - that's mentalizing," Lieberman explained. "As soon as you hear a good joke, you think, 'Who can I tell this to and who can't I tell?' Making this judgment will activate these two brain regions. Good ideas turn on the mentalizing system. They make us want to tell other people."