You are here: Home › Climate Change › News › Global warming getting El Niño all hot and bothered
By Will Parker on July 1, 2013 in Climate Change, News 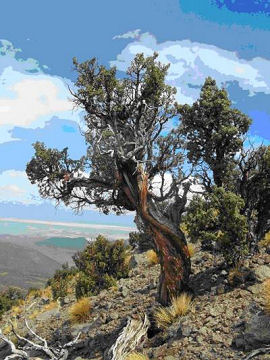 Spawning droughts, floods, and other weather disturbances, the El Niño – Southern Oscillation affects the daily lives of millions of people. El Niño is a band of warm ocean water that develops approximately every 5 years off the western coast of South America. During El Niño, Atlantic hurricane activity wanes and rainfall in Hawaii decreases while Pacific winter storms shift southward, elevating the risk of floods in California.

Predicting how El Niño will respond to our planet’s warming climate is challenging because its cycle varies naturally over decades and centuries. Modern meteorological records are too brief to determine whether any changes seen recently are natural, or attributable to man-made greenhouse gases. Likewise, reconstructions of El Niño behavior are usually missing too much data for the tropics, where El Niño develops.

Now, a new study in Nature Climate Change may fill in some of the blanks and help provide more accurate predictions about El Niño’s future behaviors. An international team of scientists led by Jinbao Li and Shang-Ping Xie, of the University of Hawaii at Manoa, has compiled 2,222 tree-ring chronologies over the past seven centuries from both the tropics and mid-latitudes in both hemispheres.

“In the year after a large tropical volcanic eruption, our record shows that the east-central tropical Pacific is unusually cool, followed by unusual warming one year later. Like greenhouse gases, volcanic aerosols perturb the Earth’s radiation balance. This supports the idea that the unusually high El Niño activity in the late 20th century is a footprint of global warming,” explained Li.

“Many climate models do not reflect the strong El Niño response to global warming that we found,” added Xie. “This suggests that many models underestimate the sensitivity to radiative perturbations in greenhouse gases. Our results now provide a guide to improve the accuracy of climate models and their projections of future El Niño activity. If this trend of increasing El Niño activity continues, we expect to see more weather extremes such as floods and droughts.”