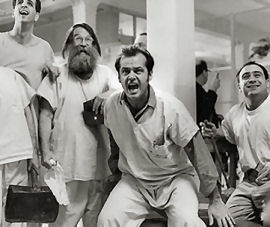 Researcher Michael Eriksen Benrˇs, from Aarhus University, says the results lend strength to the idea that the immune system is intimately linked to mental health. That notion adds another facet to the "hygiene hypothesis" that links a variety of autoimmune conditions to an inflammatory response caused by the loss of healthy bacteria in the gut.

"Our study shows that the risk of developing a mood disorder increases by 62 percent for patients who have been admitted to hospital with an infection. In other words, it looks as though the immune system is somehow involved in the development of mood disorders," said Benrˇs.

"We can see that the brain is affected, whichever type of infection or autoimmune disease it is. Therefore, it is important that more research is conducted into the mechanisms which lie behind the connection between the immune system and mood disorders," he concluded.