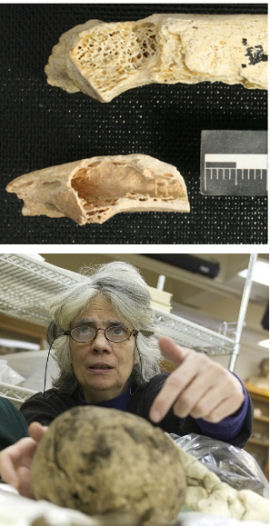 More recently, from a u-CT scan and an X-ray, Monge's team identified a fibrous dysplastic neoplasm - today, the most common form of benign bone tumor in humans - located on a left rib fragment that measured 30 mm long. Judging by the size of the rib fragment, the rib belonged to a young male Neanderthal, probably in his teens. Monge says there is not enough evidence to determine if the tumor was implicated in his death.