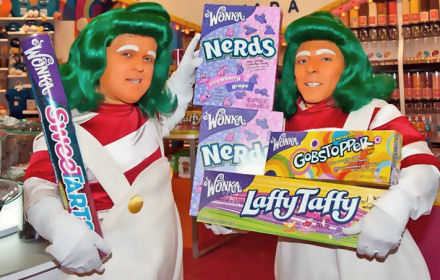 The relaxation of marijuana laws in Colorado has caused a surge in the number of young children treated for accidentally eating marijuana-laced cookies and candies, according to a new study by medicos from the University of Colorado. The study, published in JAMA Pediatrics, looked at numbers of unintentional ingestions in patients under the age of 12 before and after medical marijuana laws were relaxed in the state (October 1, 2009).

For the study, a total of 1,378 patients younger than 12 years of age were evaluated for all types of unintentional ingestions. Most of the children were male and were admitted to, or observed, in the emergency department. “The proportion of ingestion visits that were related to marijuana exposure increased after September 30, 2009, from 0 of 790 to 14 of 588,” reported study author George Sam Wang, of the Rocky Mountain Poison and Drug Center. “Eight of the 14 cases involved medical marijuana, and 7 of these exposures came from food products.”

“We know that children will act quickly to ingest even unpalatable items like household cleaners, pills and capsules,” added Michael Kosnett, a medical toxicologist at the University of Colorado. “The allure of these marijuana edibles which taste and look like simple sweets makes them especially risky.”

While around 50 milligrams of tetrahydrocannabinol (THC, the active ingredient of marijuana) is generally considered enough to get an adult user “high,” the study notes that some marijuana infused candy bars contain up to 300 milligrams of THC. Wang said children who ingested the drug exhibited symptoms that included respiratory problems, extreme sleepiness, difficulty in walking, and lethargy. Many underwent a battery of expensive tests to diagnose their problem because the history of exposure was not known or given, or doctors were not familiar with marijuana causing these symptoms.

“Before the marijuana boom these kinds of edibles were not mass-produced and the amount of THC ingested was somewhat limited, but now we are seeing much higher strength marijuana,” Wang said. “We need to educate marijuana users, the community and medical professionals about the potential dangers.”

To date, no other state, including Washington which legalized recreational marijuana last year, has developed similar packaging laws. Wang believes that Colorado can serve as an example to Washington State and the rest of the country. “As more states move to legalize marijuana this problem is only going to increase,” he concluded. “Now is the time to be proactive and intervene.”