You are here: Home › News › Prehistory › Torturous terrain behind human bipedal evolution?
By Will Parker on May 26, 2013 in News, Prehistory 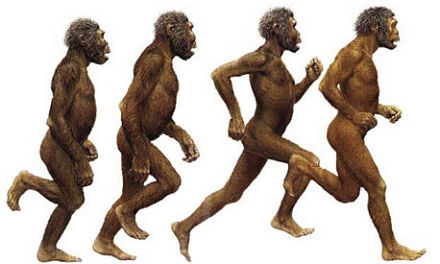 Archaeologists at the University of York say challenging terrain could have been the driving force behind our earliest ancestors leaving the trees and becoming upright bipeds.

Writing in the journal Antiquity, the researchers suggest that our upright gait may have its origins in the rugged landscape of East and South Africa which was shaped during the Pliocene epoch by volcanoes and shifting tectonic plates.

This difficult landscape of rocky outcrops and gorges, they contend, would have offered welcome shelter and numerous opportunities to trap prey. But it would also have required more upright scrambling and climbing gaits, prompting the emergence of bipedalism.

The York research challenges other hypotheses that have linked human bipedalism tohoarding, fighting, and climate change.

“Our research shows that bipedalism may have developed as a response to the terrain, rather than a response to climatically-driven vegetation changes,” said Isabelle Winder, one of the paper’s authors. “The broken, disrupted terrain offered benefits in terms of security and food, but it also proved a motivation to improve their locomotor skills by climbing, balancing, scrambling and moving swiftly over broken ground – types of movement encouraging a more upright gait.”

The research proposes that the hands and arms of upright hominins were then left free to develop increased manual dexterity and tool use, supporting a further key stage in the evolutionary story of humans. 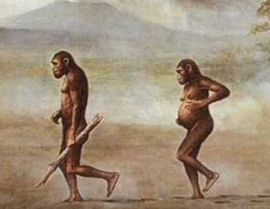 The study further speculates that the development of running adaptations to the skeleton and foot may have resulted from later excursions onto the surrounding flat plains in search of prey and new home ranges.

“The varied terrain may also have contributed to improved cognitive skills such as navigation and communication abilities, accounting for the continued evolution of our brains and social functions such as co-operation and team work,” Winder said. “Our hypothesis offers a new, viable alternative to traditional vegetation or climate change hypotheses. It explains all the key processes in hominin evolution and offers a more convincing scenario than traditional hypotheses.”

Baits failing as cockroaches adapt to dislike sugar
Honey, I baked the kids