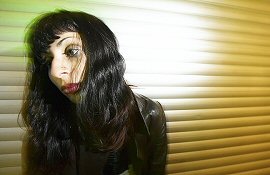 "Over-diagnosis and over-treatment is common in the U.S. and frankly the numbers are staggering," said Ramin J. Mojtabai, author of the study. "Among study participants who were 65 years old or older with clinician-identified depression, 6 out of every 7 did not meet the 12-month major-depressive-episodes criteria. While participants who did not meet the criteria used significantly fewer services and treatment contacts, the majority of both groups used prescription psychiatric medication."

Using a sample of 5,639 participants from the 2009-2010 United States National Survey of Drug Use and Health, the researchers assessed clinician-identified depression based on questions about conditions that the participants were told they had by a clinician in the past 12 months. The study, published in Psychotherapy and Psychosomatics, found that even among participants without a lifetime history of depression, a majority reported having taken prescription psychiatric medications.

Related:
Discuss this article in our forum
Our Love Affair With Depression
Hygiene Hypothesis linked to depression
Do antidepressant meds work through personality change?
Facebook use associated with depression