You are here: Home › Evolution › News › Evolution making women taller, thinner
By Will Parker on April 25, 2013 in Evolution, News 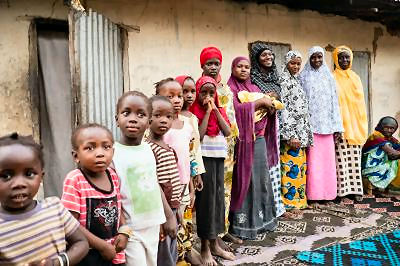 In many places around the world, people are living longer and are having fewer children. But a new study in the journal Current Biology reports that those aren’t the only changes happening. The research shows that modern-day selection may lead women to be taller and slimmer, too.

“This is a reminder that declines in mortality rates do not necessarily mean that evolution stops, but that it changes,” says study author Ian Rickard, of Durham University (UK).

Rickard and co-researcher Alexandre Courtiol show that changes in mortality and fertility rates in Gambia, likely related to improvements in medical care since a clinic opened there in 1974, have changed the way that natural selection acts on body size.

For their work, the researchers used data collected over a 55-year period on thousands of women from two rural villages in the west of Gambia. Over the time period in question, those communities experienced significant demographic shifts – from high mortality and fertility rates to rapidly declining ones.

The researchers say it’s not entirely clear why selection has shifted from shorter and stouter women to taller and thinner ones. It’s partly because selection began acting less on mortality and more on fertility over time. But other environmental changes were shown to play an important role, too. “Although we cannot tell directly, it may be due to health care improvements changing which women were more or less likely to reproduce,” Courtiol says.

The findings from the study may have relevance around the globe, the researchers suggest. “Our results are important because the majority of human populations have either recently undergone, or are currently undergoing, a demographic transition from high to low fertility and mortality rates,” the study notes. “Thus the temporal dynamics of the evolutionary processes revealed here may reflect the shifts in evolutionary pressures being experienced by human societies generally.”