You are here: Home › Health › Genetics › News › Genetic circuit balances individual freedom and collective good
By Will Parker on April 22, 2013 in Genetics, News 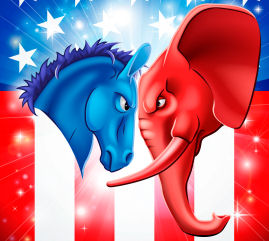 An intriguing investigation of bacterial genetic circuitry suggests that even the simplest creatures can make difficult choices that strike a balance between selflessness and selfishness.

In a new study in Scientific Reports, researchers from Rice University, Tel Aviv University and Harvard Medical School show how sophisticated genetic circuits allow an individual bacterium within a colony to act on its own while also ensuring that the colony pulls together in hard times.

“Our findings suggest new principles for collective decisions that allow both random behavior by individuals and nonrandom outcomes for the population as a whole,” said Rice’s Eshel Ben-Jacob. “These new principles could be broadly applicable, from the study of cancer metastasis to the study of collective decisions by humans during times of stress.”

The research focused on complex colonies of bacteria that can contain millions of individual cells. Previous research on bacterial colonies has found that members often cooperate – even to the point of sacrificing their lives – for the survival of their colony. In response to extreme stress such as starvation, for example, most of the individual cells in a colony of the bacteria Bacillus subtilise will form spores. Spore formation is a drastic choice because it requires the cell to kill itself to encase a copy of its genetic code in a tough, impervious shell. Though the living cell dies, the spore acts as a kind of time capsule that allows the organism to re-emerge into the world of the living when conditions improve.

“This time-travel strategy of waiting and safeguarding a copy of the DNA in the spore ensures the survival of the colony,” Ben-Jacob said. “But there are other, less desperate options that B. subtilise can take to respond to stress. Some of these cells turn into highly mobile food seekers. Others turn cannibalistic, and about 10 percent enter a state called ‘competence’ in which they bide their time and bet on present conditions to improve.”

But how do bacteria decide which of these paths to pursue? Past studies have determined that each individual constantly senses its environment and continuously sends out chemical signals to communicate with its neighbors about the “choices” it is making. Experimental studies have revealed dozens of regulatory genes, signaling proteins and other genetic tools that cells use to gather information and communicate with one another.

“Bacteria don’t hide their intentions from their peers in the colony,” said study co-author José Onuchic, also from Rice University. “They don’t evade or lie, but rather communicate their intentions by sending chemical messages among themselves.”

Onuchic explained that individual bacteria weigh their decisions carefully, taking into account the stress they are facing, the situation of their peers, the statistics of how many cells are sporulating and how many are choosing competence. “Each bacterium in the colony communicates via chemical ‘tweets’ and performs a sophisticated decision-making process using a specialized complex gene network.”

Taking a physics approach, the researchers then investigated the interplay between two components of the circuitry – a timer that determines when sporulation occurs and a two-way switch that causes the cell to choose competence over sporulation.

The researchers found that the sporulation timer and the competence switch work in a coordinated fashion, but the interplay is complex because the two circuits are affected very differently by “noise.” Noise results from random fluctuations in a signal; every circuit – whether genetic or electronic – responds to noise in its own way. According to Onuchic, while noise is undesirable in the sporulation timer, it is a necessity for the proper function of the competence switch.

“Our study explains how the two opposite noise requirements can be satisfied in the decision circuitry in B. subtilise,” Onuchic said. “The circuits have a special capacity for noise management that allows each individual bacterium to determine its fate by ‘playing dice with controlled odds.'”

Ben-Jacob added that the timer has an internal clock that is controlled by cell stress. The noise-intolerant timer typically keeps the competence switch closed, but when the cell is exposed to stress over a long period of time, the timer activates a decision gate that opens brief “windows of opportunity” in which the competence switch can be flipped.

Because of this architecture, the gate oscillates during the window of opportunity. At each oscillation, the switch opens for a short time and grants the cell a short window in which it can use noise as a “roll of the dice” to decide whether to escape into competence.

“The ingenuity is that at each oscillation the cell also sends ‘chemical tweets’ to inform the other cells about its stress and attempt to escape,” said Ben-Jacob. “The tweets sent by others help regulate the circuits of their neighbors and guarantee that no more than a specific fraction of cells within the colony will enter into competence.”