You are here: Home › Mind and Brain › News › Future criminal behavior predicted with brain scan
By Will Parker on March 28, 2013 in Mind and Brain, News 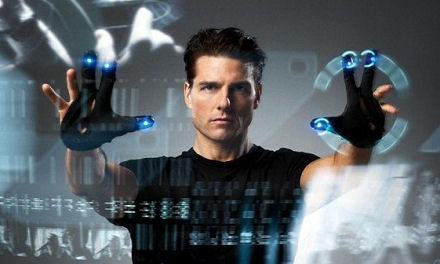 Researchers from The Mind Research Network and Duke University say neuroimaging data can predict the likelihood of whether a criminal will reoffend following release from prison. Details of the research have been published in the Proceedings of the National Academy of Sciences.

The study involved 96 adult male criminal offenders aged between 20 and 52 who volunteered to participate over a four year period after release from prison. The investigation focused on the portion of the brain known as the anterior cingulate cortex (ACC), which the researchers deals with regulating behavior and impulsivity.

“The anterior cingulate cortex of the brain is associated with error processing, conflict monitoring, response selection, and avoidance learning,” said Kent A. Kiehl, from The Mind Research Network. “People who have this area of the brain damaged have been shown to produce changes in disinhibition, apathy, and aggressiveness. Indeed, ACC-damaged patients have been classed in the ‘acquired psychopathic personality’ genre.”

The findings showed that inmates with relatively low anterior cingulate activity were twice as likely to reoffend compared to inmates with high-brain activity in this region.

“People who reoffended were much more likely to have lower activity in the anterior cingulate cortices than those who had higher functioning ACCs,” Kiehl explained. “This means we can see on an MRI a part of the brain that might not be working correctly – giving us a look into who is more likely to demonstrate impulsive and anti-social behavior that leads to re-arrest.”

The researchers believe the findings have significant ramifications for the criminal justice system. “Not only does this study give us a tool to predict which criminals may reoffend and which ones will not reoffend, it also provides a path forward for steering offenders into more effective targeted therapies to reduce the risk of future criminal activity,” said Kiehl.

Duke University’s Walter Sinnott-Armstrong, who collaborated on the study, said much more work still needs to be done on the technique, but “this line of research could help to make our criminal justice system more effective. These results point the way toward a promising method of neuroprediction with great practical potential in the legal system.”

Biofuels could be made directly from excess CO2 in the atmosphere, say scientists
Ancient asteroid caused global firestorm on Earth

2021 Pieces of the Past Historical Edition - ALBERT EINSTEIN - SILVER FOIL