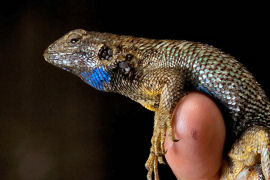 The dilution effect theorizes that disease risk for humans decreases as the variety of species in an area increases. For example, it postulates that a tick has a higher chance of infecting a human with Lyme disease if the tick has few animal host options. If many other animal hosts had been available to the tick, the tick's likelihood of being infected and spreading that infection to a human host would go down, according to the theory.

If true, the dilution effect would mean that conservation and public health agendas could be united in a common purpose: to protect biodiversity and guard against disease risk. "However, its importance to the field or the beauty of the idea do not guarantee that it is actually scientifically correct," said study co-author James Holland Jones.

Their analysis, published in the journal Ecology Letters, allowed the researchers to pool estimates from studies and test for any bias against publishing studies with "negative results" that contradict the dilution effect.

They found "very weak support, at best" for the dilution effect. Instead, the researchers found that the links between biodiversity and disease prevalence are variable and dependent on the disease system, local ecology and human social context.

So, these lizards should be considered unique in any study of disease risk within their habitat. Or, as Salked put it, "All animals are equal, but some animals are more equal than others."

Broadly advocating for the preservation of biodiversity and natural ecosystems to reduce disease risk is "an oversimplification of disease ecology and epidemiology," the study's authors suggest, adding that more effective control of zoonotic diseases (those transmitted from animals to humans) may require more detailed understanding of how pathogens are transmitted.

For their meta-analysis, the researchers were able to find only 13 published studies and three unpublished data sets examining relationships between biodiversity and animal-to-human disease risk. This kind of investigation is "still in its infancy," the authors note. "Given the limited data available, conclusions regarding the biodiversity-disease relationship should be regarded with caution."

"Real progress in this field will come from understanding ecological mechanisms. We need to turn to elucidating these rather than wasting time arguing that simple species richness will always save the day for zoonotic disease risk," Jones concluded.