You are here: Home › Humans › News › Overheard cellphone conversations “uniquely intrusive”
By Will Parker on March 17, 2013 in Humans, News 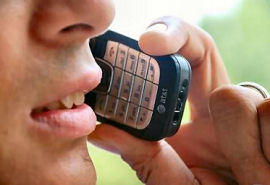 Confirming what many of us have long suspected, a new study in the journal PLOS ONE has found that a one-sided cellphone conversation in the background is much more distracting than overhearing a conversation between two people.

Conducted by Veronica Galván and colleagues from the University of San Diego, the study examined the effects on memory and attention of both one and two-sided conversations.

“We were interested in studying this topic since cell phone conversations are so pervasive and could impact bystanders to those conversations at work and in other settings of everyday life,” explained Galván.