You are here: Home › News › Worry Fuel › Pesticides may be source of norovirus in food
By Will Parker on March 13, 2013 in News, Worry Fuel 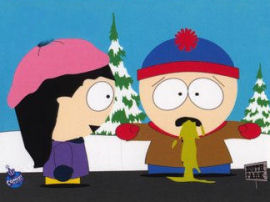 Outbreaks of norovirus (also known as the winter vomiting bug) are frequently linked to the consumption of fresh food, but identifying where the virus first came from is difficult, if not impossible. Now, a new study published in theInternational Journal of Food Microbiologyindicates that contaminated water used to dilute pesticides may be how norovirus enters the food chain.

The new study, conducted by researchers from the Centre for Infectious Disease Control in the Netherlands, investigated whether contaminated water used to dilute pesticides could be a source of hNoV. Researcher Katharina Verhaelen notes that farmers use various water sources to dilute pesticides, including different types of surface water such as river water or lake water – sources which have often been found to harbor hNoV.

The researchers conclude that the application of pesticides on fresh produce may not only be a chemical hazard, but may also be a microbiological risk factor.