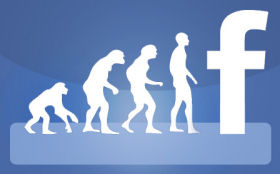 Surprisingly accurate estimates of users' race, age, IQ, sexuality, personality type, substance use, and political views can be inferred from automated analysis of only their Facebook Likes - information that is by default publicly available. The Cambridge University researchers who developed the analytical technique say that such a method could be used to extract sensitive information for almost anyone who regularly uses Facebook.

In the study, published in the journal PNAS, the researchers analyzed a dataset of over 58,000 US Facebook users. The users had previously opted-in to provide their Likes, demographic profiles and psychometric testing results through the myPersonality application. The researchers were surprised to find they were able to predict intimate personal details using Facebook Likes alone.

Specifically, the technique proved 88 percent accurate for determining male sexuality, 95 percent accurate in distinguishing African-American from Caucasian, and 85 percent accurate differentiating Republican from Democrat. Christians and Muslims were correctly classified in 82 percent of cases, and good prediction accuracy was achieved for relationship status and substance abuse - between 65 and 73 percent.

Importantly, much of the predictive capability was by inference, rather than direct Likes. The researchers note that popular Likes, such as music and TV shows, could produce incisive personal profiles.

The team also tested for personality traits including intelligence, emotional stability, openness and extraversion. While such latent traits are far more difficult to gauge, the accuracy of the analysis was striking, according to Cambridge researcher Michal Kosinski. Study of the openness trait - the spectrum of those who dislike change to those who welcome it - revealed that observation of Likes alone is roughly as informative as using an individual's actual personality test score.

When taken as a whole, the researchers believe that the varying estimations of personal attributes and personality traits gleaned from Facebook Like analysis alone can form surprisingly accurate personal portraits of potentially millions of users worldwide.

They say the results suggest a possible revolution in psychological assessment which - based on this research - could be carried out at an unprecedented scale without costly assessment centers and questionnaires.

"We believe that our results, while based on Facebook Likes, apply to a wider range of online behaviors," said Kosinski. "Similar predictions could be made from all manner of digital data, with this kind of secondary 'inference' made with remarkable accuracy - statistically predicting sensitive information people might not want revealed. Given the variety of digital traces people leave behind, it's becoming increasingly difficult for individuals to control. I can imagine situations in which the same data and technology is used to predict political views or sexual orientation, posing threats to freedom or even life."

Co-researcher Thore Graepel, from Microsoft Research, said he hoped the study would contribute to the on-going discussions about user privacy. "Consumers rightly expect strong privacy protection to be built into the products and services they use and this research may well serve as a reminder for consumers to take a careful approach to sharing information online, utilizing privacy controls and never sharing content with unfamiliar parties."