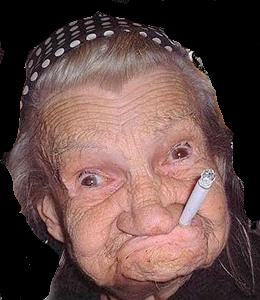 Nicotine creates heritable epigenetic marks on the genome, say Los Angeles Biomedical Research Institute scientists who contend that a grandparent's smoking habits may be responsible for asthma and other respiratory conditions in grandchildren. Their controversial take on epigenetics (where an environmental factor causes a genetic change), appearing in the Review of Obstetrics & Gynecology, further suggests that environmental factors experienced today could determine the health of family members for generations to come.

Rehan said that nicotine affects both the lung cells and the sex cells in ways that caused the lungs that developed from those cells to develop abnormally, causing asthma. "The functional effects of nicotine on the offspring were accompanied by increased expression of contractile proteins in the whole lung, as well as in fibroblasts isolated from the lung, accompanied by decreased expression of certain proteins," he explained.

The researchers also cited the Children's Health Study from Southern California, which found that grandmaternal smoking during pregnancy increases the risk of asthma in grandchildren - regardless of whether the mother smoked or not.

Based on those findings and Rehan's earlier work, the researchers conclude that environmental factors experienced during pregnancy will affect not only the child in utero but also future generations of the same family. They say this multi-generational transmission could explain why nearly all of inherited human diseases are unaccounted for by the prevailing model of Mendelian genetic trait transmission.

"The transmission of asthma to the second generation and its prevention by a specifically-targeted molecular intervention are the first unequivocal demonstrations of multi-generational transmission of an epigenetically-mediated effect on the offspring," Torday said.