You are here: Home › Health › Mental Health › News › Revealed: how social isolation atrophies the brain
By Will Parker on November 12, 2012 in Mental Health, News 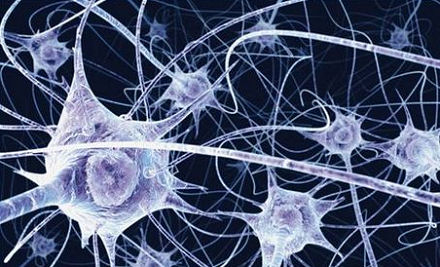 A study in Nature Neuroscience has found that animals socially isolated for prolonged periods make less myelin (the brain’s white matter) in the region of the brain responsible for emotional and cognitive behavior.

Myelin is the fatty material that wraps the axons of neurons and allows them to signal effectively. Normal nerve function is lost in demyelinating disorders, such as multiple sclerosis.

The paper reveals for the first time a role for myelin in adult psychiatric disorders, says Karen Dietz, a study author from the University at Buffalo. “It demonstrates that plasticity in the brain is not restricted to neurons, but actively occurs in glial cells… which produce myelin,” she explained.

“This research provides the first explanation of the mechanism behind how this brain plasticity occurs,” explained Dietz, “showing how this change in the level of social interaction of the adult animal resulted in changes in oligodendrocytes.” The key change, she added, was that cellular nuclei in the prefrontal cortex contained less heterochromatin, a tightly packed form of DNA material, which is unavailable for gene expression.

“This process of DNA compaction is what signifies that the oligodendrocytes have matured, allowing them to produce normal amounts of myelin,” says Dietz. “We have observed in socially isolated animals that there isn’t as much compaction, and the oligodendrocytes look more immature. As adults age, normally, you would see more compaction, but when social isolation interferes, there’s less compaction and therefore, less myelin being made.”

Interestingly, the study also showed that myelin production went back to normal after a period of social integration, suggesting that environmental intervention was sufficient to reverse the negative consequences of adult social isolation.

Dietz believes the work has implications for future research into multiple sclerosis (MS) and other myelin disorders. “This research suggests that maybe recovery from an MS episode might be enhanced by social interaction,” she says. “This opens another avenue of investigation of how mood and myelin disorders may interact with one another.”