You are here: Home › News › Worry Fuel › Birds provide new vector for hemorrhagic fever
By Will Parker on November 7, 2012 in News, Worry Fuel 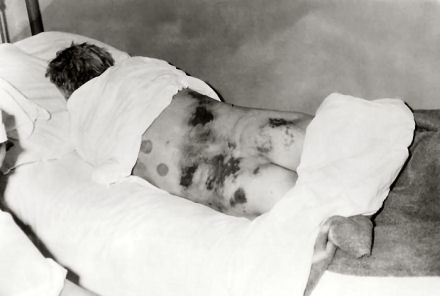 For the first time, scientists have found ticks infected with Crimean-Congo hemorrhagic fever on migratory birds that fly between Africa and Europe. The Swedish researchers who made the discovery say the ticks could be the source of contagion behind recent hemorrhagic fever outbreaks in Southern Europe. Details of this new disease vector appear in the journal Emerging Infectious Diseases.

Crimean-Congo hemorrhagic fever is caused by infection with the tick-borne Nairovirus. The disease was first documented in the Crimea in 1944 and later recognized in 1969 as the cause of illness in the Congo. Humans are infected by tick bites or close contact with contagious mammals. The disease begins with influenza-like symptoms but can develop into a very serious condition with a high (up to 50 percent) mortality rate. The disease occurs primarily in Africa and Asia, but it has recently been documented in new areas in southern Europe. 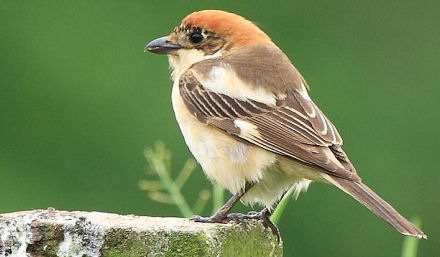 Volunteers worked with the researchers and over two Spring seasons captured more than 14,000 birds at two ornithological stations – Capri (Italy) and Anticythera (Greece). A total of 747 ticks were gathered and analyzed. While 30 different bird species were examined, only one species, the woodchat shrike (pictured), was found to be a carrier of virus-infected ticks.

“This is the first time ticks infected with this virus have been found on migratory birds. This provides us with an entirely new explanation of how this disease, as well as other tick-borne diseases, has spread to new areas,” noted Erik Salaneck, one of the authors of the study.

The study also notes that while the Hyalomma tick that spreads the disease prefers warmer latitudes; it is likely to move further northward as Europe’s climate warms.