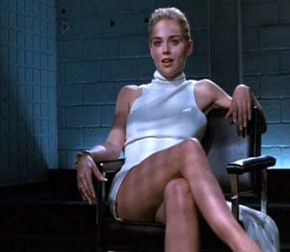 In one of the stories the description of the woman coincided with the prototypical battered woman - young, battered, physically deteriorated and fragile. In the other story, the woman was attractive, childless, worked as a financial consultant, as was resolute and calm during the proceedings.

The authors found that one of the variables having the greatest effect on the woman's perceived criminality rating was whether or not she fitted the stereotype of the battered woman.

"One of the most interesting conclusions of the study was that when the woman accused of killing her abuser was attractive, participants attached greater culpability, whereas if considered 'unattractive', this decreases. The results showed that when dealing with a non-prototypical battered woman - in other words, someone who does not conform to society's idea of such women, they were seen to have more control over the situation, which in legal terms can translate as a higher degree of guilt," noted researcher Antonio Herrera.

Herrera and co-researchers Inmaculada Valor-Segura and Francisca Expósito say the findings highlight the need to increase training related to the handling of domestic violence cases for all law enforcement officers and police. "Their work is fundamental in the process and can be conditioned by external variables, such as physical attractiveness or stereotypical beliefs of domestic violence," they conclude.