You are here: Home › News › Worry Fuel › Novel rabies-like virus behind hemorrhagic fever outbreak
By Will Parker on September 28, 2012 in News, Worry Fuel 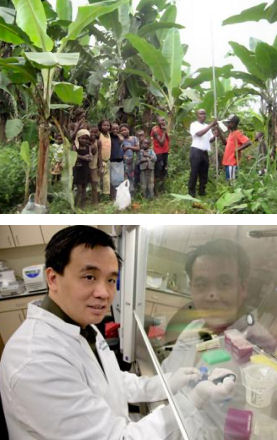 A 2009 outbreak of acute hemorrhagic fever in the Democratic Republic of Congo was likely caused by a novel virus that appears to be closely related to the types of viruses that cause rabies. The microbe, which scientists have named Bas-Congo virus (BASV), is described in the latest edition of PLoS Pathogens.

The virus first emerged in the summer of 2009, when a 15-year old boy in the small rural community of Mangala village suddenly fell ill and developed a bleeding nose, bleeding gums and bloody vomit. He rapidly worsened, dying within three days of the first signs of illness.

A week later, a 13-year old girl who attended the same school as the boy came down with a similar illness. Her condition declined just as rapidly and she died within three days. One week after that, the male nurse who cared for this girl began showing the same symptoms.

Blood samples were sent to the Centre International de Recherches Médicales de Franceville in Gabon where they were tested for traces of any known virus, but none of the usual culprits were found. Eventually, the samples made their way to Charles Chiu (pictured), director of the University of California – San Francisco Abbott Viral Diagnostics and Discovery Center, who spearheaded a multi-institute effort to identify the virus.

Chiu ultimately identified a completely new virus as the cause of the mysterious illness through a brute force strategy for identifying novel pathogens known as “deep sequencing,” in which millions of DNA sequences are generated from a clinical sample and then pieced together using computer algorithms combined with human analysis.

Chiu said one odd characteristic of BASV is that while a number of other viruses in Africa also cause acute hemorrhagic fever – Ebola, Lassa and Crimean-Congo Hemorrhagic Fever virus to name a few – the new virus is unlike any of them. “Genetically it is more closely related to the types of viruses that cause rabies [rhabdoviruses], which are known to infect people with a very different sort of disease,” he explained.

No other rhabdoviruses are known to cause the acute, rapid and deadly hemorrhagic fever seen in the three cases in the Congo. Rabies, for example, can be a deadly disease if untreated, but the course of rabies in humans is nothing like the rapid and deadly onset seen with the Bas-Congo virus.

Chiu adds that while the disease may be spread from person to person, it was more likely to originate from some other source, such as an insect or rodent. USAID’s Emerging Pandemic Threats Program is continuing work in the region to try and identity of this animal “reservoir” and the precise mode of transmission.

Ancient Buddhist statue, filched by Nazis, was carved from meteorite
Smaller fish on the menu as oceans warm