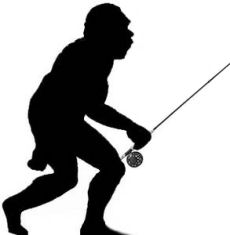 "This may have kept early humans tethered to the water in central Africa where there was a constant food source of DHA," explained Wake Forest's Floyd H. Chilton, one of the study's senior authors. "There has been considerable debate on how early humans were able to obtain sufficient DHA necessary to maintain brain size and complexity. It's amazing to think we may have uncovered the region of genetic variation that arose about the time that early humans moved out of this central region in what has been called the 'great expansion.'"

This conversion meant that early humans didn't have to rely on just one food source - fish - for brain growth and development. "This may have been particularly important because the genetic variant arose before organized hunting and fishing could have provided more reliable sources of long-chain PUFAs," explains co-researcher Joshua M. Akey, from the University of Washington.

The findings also add to our knowledge of how the pressures of human evolution contribute to modern-day diseases and disorders. Chilton notes that compared to Caucasians, African Americans have much higher rates of hypertension, type 2 diabetes, stroke, coronary heart disease and certain types of cancer. This he says, is because African Americans have a much higher frequency of the gene variants that convert plant-based medium-chain omega-6 PUFAs (found in cooking oils and processed foods) to long-chain PUFAs (that can cause inflammation). "The current observation provides another important clue as to why diverse racial and ethnic populations likely respond differently to the modern western diet," he said.