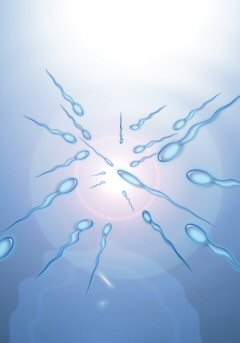 Previously thought to have no physiological effects, the prostatic fluid component of semen contains a protein that can trigger ovulation and other pregnancy-related hormonal responses in female mammals. The discovery, by an international team of scientists led by Gregg Adams at the University of Saskatchewan, raises intriguing questions about fertility in mammals, including humans.

The researchers say the protein, dubbed ovulation-inducing factor (OIF), has been found in the semen of all species of mammal they have looked at so far. In the process of discovering its identity, the team compared OIF to thousands of other proteins, including nerve growth factor (NGF) which is found primarily in nerve cells throughout the body.

Using a variety of techniques, the researchers compared OIF and NGF and found them to have the same structure and to cause the same effects across species. "To our surprise, it turns out they are the same molecule," Adams says. "Even more surprising is that the effects of NGF in the female were not recognized earlier, since it's so abundant in seminal plasma."

Adams explained that the OIF/NGF in semen acts as a hormonal signal, working through the hypothalamus of the female brain and the pituitary gland. This triggers the release of other hormones that signal the ovaries to release an egg (or eggs, depending on the species). In experiments with llamas, the researchers were able to induce ovulation simply by injecting the protein directly into the animals' bloodstream.

The study, appearing in the Proceedings of the National Academy of Sciences, notes that while OIF/NGF functions slightly differently from animal to animal, it is present in all mammals studied so far, from llamas, cattle and koalas to pigs, rabbits, mice, and humans.

This implies an important role in reproduction in all mammals, according to Adams. "The idea that a substance in mammalian semen has a direct effect on the female brain is a new one," he said. "This latest finding broadens our understanding of the mechanisms that regulate ovulation and raises some intriguing questions about fertility. Just how it works, its role in various species and its clinical relevance to human infertility are a few of the questions that remain to be answered."