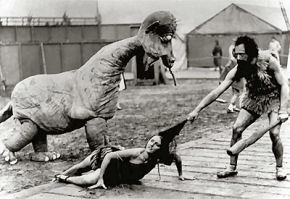 Hybridization, the idea that modern humans and Neanderthals once interbred is probably wrong, say researchers at the University of Cambridge who suggest that a common ancestry better explains the DNA we share with Neanderthals. The new work, that details an alternative explanation for the 1-4 percent shared Eurasian and Neanderthal DNA, appears in the journal PNAS.

Central to the new research is the fact that Africans have almost none of the Neanderthal genome. In previous studies this was explained by suggesting hybridization occurred after modern humans exited Africa and later bred with the Neanderthals who already inhabited Europe.

Study leader, Dr Andrea Manica, explained that Neanderthals and modern humans likely once shared a common ancestor who spanned Africa and Europe about half a million years ago. "Just as there are very different populations across Europe today, populations of that common ancestor would not have been completely mixed across continents, but rather closer populations would have been more genetically similar to each other than populations further apart," she said.

Then, about 300-350,000 years ago, the European range and the African range became separated. The European range evolved into Neanderthal, the African range eventually turned into modern humans. However, explains Manica, because the populations within each continent were not freely mixing, the DNA of the modern human population in Africa that were ancestrally closer to Europe would have retained more of the ancestral DNA (specifically, genetic variants) that is also shared with Neanderthals.

Exploring this idea, Manica's team created a model to determine whether the differences in genetic similarities with Neanderthal among modern human populations, which had been attributed to hybridization, could be down to the proximity of modern humans in northern Africa (who would have later gone on to populate Europe) to Neanderthals.

By examining the different genetic makeup among modern human populations, the scientists' model was able to infer how much genetic similarity there would have been between distinct populations within a continent. The researchers then simulated a large number of populations representing Africa and Eurasia over the last half a million years, and estimated how much similarity would be expected between a random Neanderthal individual and modern humans in Africa and Eurasia.

Manica concluded that when modern humans expanded out of Africa 60-70,000 years ago, they would have brought out that additional genetic similarity with them, making Europeans and Asians more similar to Neanderthals than Africans are on average - undermining the theory that hybridization, and not common ancestry, explained these differences.

"Based on common ancestry and geographic differences among populations within each continent, we would predict out of Africa populations to be more similar to Neanderthals than their African counterparts - exactly the patterns that were observed when the Neanderthal genome was sequenced; but this pattern was attributed to hybridization. Our work shows clearly that the patterns currently seen in the Neanderthal genome are not exceptional, and are in line with our expectations of what we would see without hybridization. Hopefully, everyone will become more cautious before invoking hybridization, and start taking into account that ancient populations differed from each other probably as much as modern populations do," she noted.