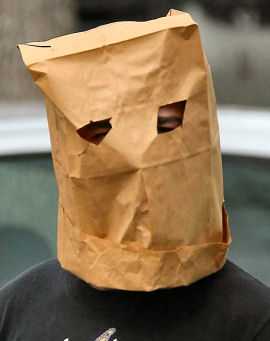 Sexual selection emerged as a scientific discipline following Charles Darwin's publication of The Descent of Man, and Selection in Relation to Sex. Darwin argued that while the unwieldy, colorful tails of peacocks hindered flight and made males easy targets for hungry tigers, the flamboyant plumage served a vital role in attracting potential mates. The overdressed birds had an unexpected evolutionary advantage that did not help when it came to escaping predators but did help when it came to producing offspring through sexual selection.

The original experiment, carried out in 1948 by English geneticist Angus John Bateman, indicated that male fruit flies gain an evolutionary advantage from having multiple mates, while their female counterparts do not. "Bateman's 1948 study is the most-cited experimental paper in sexual selection today because of its conclusions about how the number of mates influences fitness in males and females," said Patricia Adair Gowaty, a distinguished professor of evolutionary biology at the University of California - Los Angeles (UCLA). "Yet despite its important status, the experiment has never been repeated with the methods that Bateman himself originally used, until now.

Gowaty's team of researchers repeated Bateman's experiment and found that what was previously accepted as scientific bedrock may actually be quicksand. "It is possible that Bateman's paper should never have been published," said Gowaty. Her findings appear in the Proceedings of the National Academy of Sciences .

Yet Bateman's method, which was cutting-edge for its time, had a "fatal flaw," according to Gowaty. "Imagine the child of a curly-winged mother and an eyeless father. The child has an equal chance of having both mutations, only the father's mutation, only the mother's mutation or no mutation at all. In order to know who mated with whom, Bateman used only the children with two mutations, because these were the only ones for which he could specifically identify both the mother and father. But by counting only the children with two mutations, Bateman probably got a skewed sample," Gowaty explained. In repeating Bateman's experiment, she and her colleagues found that the flies with two severe mutations are less likely to survive into adulthood.

Flies use their wings not only to hover but also to sing during courtship, which is why curly wings present a huge disadvantage. Specimens with deformed eyes might have an even tougher time surviving. The 25 percent of children born with both mutations were even more likely to die before being counted by Bateman. "It's not surprising that the kids died like flies when they got one dramatic mutation from mom and another dramatic mutation from dad," Gowaty observed.

"Bateman's results were believed so wholeheartedly that the paper characterized what is and isn't worth investigating in the biology of female behaviour," said Gowaty. "Those who blindly accept that females are choosy while males are promiscuous might be missing a big piece of the puzzle. Our worldviews constrain our imaginations. For some people, Bateman's result was so comforting that it wasn't worth challenging. I think people just accepted it."