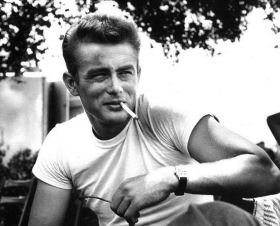 An intriguing new study - "Coolness: An Empirical Investigation" - suggests that the characteristics associated with coolness today are markedly different than those that originally generated the concept of cool. University of Rochester Medical Center psychologist Ilan Dar-Nimrod, who led the study, said that rebelliousness, emotional control, toughness and thrill-seeking no longer make up the essence of coolness.

"When I set out to find what people mean by coolness, I wanted to find corroboration of what I thought coolness was," said Dar-Nimrod. "I was not prepared to find that coolness has lost so much of its historical origins and meaning - the very heavy countercultural, somewhat individualistic pose I associated with cool."

Dar-Nimrod says his team's research, appearing in the Journal of Individual Differences, is the first systematic, quantitative examination of what characteristics recur in popular understandings of the cool person. For the study, Dar-Nimrod and his colleagues recruited 1,000 individuals in the Vancouver area who then completed a questionnaire on the attributes, behaviors and individuals they associated with the word cool.

"We have a kind of a schizophrenic coolness concept in our mind," he mused. "Almost any one of us will be cool in some people's eyes, which suggests the idiosyncratic way coolness is evaluated. But some will be judged as cool in many people's eyes, which suggests there is a core valuation to coolness, and today that does not seem to be the historical nature of cool."

"There is some transition from the countercultural cool to a generic version of it's good and I like it. But this transition is by no way completed," he concluded. "James Dean is no longer the epitome of cool. The much darker version of what coolness is still there, but it is not the main focus. The main thing is: Do I like this person? Is this person nice to people, attractive, confident and successful? That's cool today, at least among young mainstream individuals."