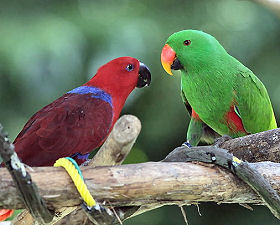 "There is an ancient circuitry that appears to be involved in social behavior across all vertebrates," said Hans Hofmann, associate professor of integrative biology. "On a basic level, this tells us something about where we came from. A lot of the neural circuits that our brain uses for social behavior are actually quite old."

Hofmann and co-researcher Lauren O'Connell specifically looked at gene activity in two neural networks, one responsible for evaluating the relative importance of stimuli (the mesolimbic reward system), and one responsible for social behavior (the social behavior network). The former is important in drug addiction and romantic love, which manifests in the brain surprisingly like drug addiction. "In these key brain regions, we found remarkable conservation of gene activity across species," reported Hofmann.

"Vertebrate brains are incredibly diverse, but we are finding the commonalities, even at the level of gene activity," said Hofmann. "Now we have a framework with which we can ask whether there are molecular universals associated with social behaviors." He described "molecular universals" as common genes and molecules shared across species that form the bases of behavior, and he now plans to go looking for them.