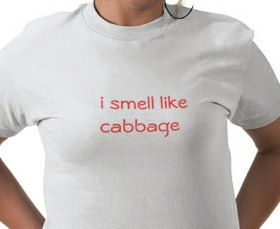 Reporting their findings in the journal PLoS ONE, researchers from the Monell Center say that humans can estimate the age of other humans based only on differences in body odor. The Monell Chemical Senses Center is a non-profit research institute working to better understand the mechanisms and functions of taste and smell. The research paper also notes that contrary to popular supposition, “old-person smell” is rated as less unpleasant than the body odors of middle-aged and young individuals.

Human body odors contain a rich array of chemical components that are known to change across a person’s lifespan. In humans, “old-person smell” is recognized across cultures. In Japan, there is even a special word to describe it – kareish�.

It is theorized that age-related odors may help animals select suitable mates: older males might be desirable because they contribute genes that enable offspring to live longer, while older females might be avoided because their reproductive systems are more fragile.

Previous studies with animals have demonstrated the ability to identify age via body odor, so Monell neuroscientist Johan Lundström set out to investigate whether humans are able to do the same.

The body odors tested were collected from three age groups: Young (20-30 years old), Middle-age (45-55), and Old-age (75-95). Each donor slept for five nights in t-shirts containing underarm pads, which were then cut into quadrants and placed in glass jars.

Odors were assessed by 20-30 year old evaluators, who were given two body odor glass jars in nine combinations and asked to identify which came from the older donors. The evaluators also rated the intensity and pleasantness of each odor and were asked to estimate the donor’s age.

Estimating exact donor age was less accurate, although the evaluators were better at estimating samples in the old age category. Similarly, there were significant differences in the perceptual ratings of body odors originating from male and female donors for all age categories except the old-age group.

“Elderly people have a discernible underarm odor that younger people consider to be fairly neutral and not very unpleasant,” said Lundström. “This was surprising given the popular conception of old age odor as disagreeable.” He added that other sources of body odors, such as skin or breath, may have different qualities.

Lundström believes that; “similar to other animals, humans can extract signals from body odors that allow us to identify biological age, avoid sick individuals, pick a suitable partner, and distinguish kin from non-kin.” He added that future studies will attempt to identify the underlying biomarkers that evaluators use to identify age-related odors and also determine how the brain is able to identify and evaluate this olfactory information.

Related:
Discuss this article in our forum
Savoring The Flavoring
Dad’s Smell Puts The Kibosh On Inbreeding
Simplicity of brain’s odor encoding revealed
Primates on The Pill find it hard to pull

Women’s gazes as objectifying as men’s