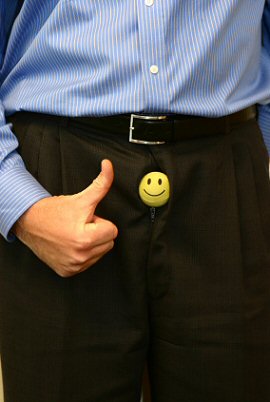 A case report in The Journal of Sexual Medicine details how "significant, broad-spectrum improvements in sexual function" were apparent in a male subject after intranasal oxytocin use, leading the researchers to ponder the mass market potential of oxytocin as a lifestyle drug for men.

The hormone oxytocin, sometimes referred to as the "cuddle hormone" or "love hormone," is produced naturally by new mothers and facilitates mother-child bonding and lactation. It is also involved in sex, sexual attraction, trust and confidence. It has previously been the subject of studies that have linked it to romantic love, fear negation and learning.

The new case report details oxytocin's effects on a married father of three who was prescribed the drug for his social anxiety and relational avoidance. Delivered intranasally twice a day, the University of California researchers say the drug did little to help his social problems but did have a profound effect on his love life.

The report notes that the drug positively impacted a number of components of sexual function, including libido, erection and orgasm. Specifically, the report says his libido went from "very weak" to "somewhat strong" and his sexual arousal from "somewhat difficult" to "somewhat easy." Additionally, his wife reported his sexual performance to be "very satisfying."

Interestingly, it was also reported that oxytocin produced emotional effects that impacted the relationship positively. The subject said he was more affectionate towards his wife and she reported that he wanted to be closer to her and was more touchy-feely.

The researchers say the findings support trials; "examining the use of oxytocin to treat problems in this vital aspect of human function, especially in the context of stable, loving relationships." They suggest that future trials of oxytocin for psychiatric indications should specifically monitor its effects on sexuality, and also that trials directly investigating oxytocin and sexual function are warranted.

The popularity of the erectile dysfunction drug Viagra showed that there are billions of dollars to be made in male lifestyle drugs and as erectile dysfunction drugs do not work in all cases, there is a sizable gap in the market for novel new treatments. "There is a great medical need for a new class of drug; this case study suggests there is a basis for optimism that this is achievable. Assuming positive clinical trials, a drug based on this approach could achieve blockbuster potential," Dr Mike Wyllie, co-discoverer of Viagra, told The Independent newspaper.