You are here: Home › Health › Diet › News › Trans fats and aggression: the Twinkie defense gets scientific
By Will Parker on March 14, 2012 in Diet, News 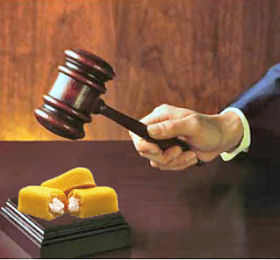 University of California, San Diego researchers have provided the first evidence linking the consumption of trans fats with a range of adverse behaviors, ranging from impatience and irritability, to overt aggression. The findings, inPLoS ONE, may lend some scientific muscle to lawyers looking to employ Twinkie defensestrategies in the courtroom.

The new study of nearly 1,000 men and women was led by Beatrice Golomb and used baseline dietary information and behavioral assessments to analyze the relationship between dTFAs and aggression. She measured factors such as history of aggression, conflict tactics and self-rated impatience and irritability, as well as an “overt aggression” scale that tallied recent aggressive behaviors. The results were adjusted for sex, age, education and use of alcohol or tobacco.

Golomb found that a relationship does exist between aggression and dietary trans fats, although it is unclear if it is causative. “We found that greater trans fatty acids were significantly associated with greater aggression, and were more consistently predictive of aggression and irritability across the measures tested,” she reported.