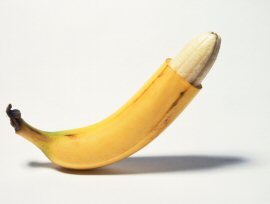 Observational data from a new study published in the journal Cancer reveal that men who had been circumcised before their first sexual intercourse were 15 percent less likely to develop prostate cancer than uncircumcised men. The authors of the new work, from the Fred Hutchinson Cancer Research Center, suggest that circumcision can hinder infection and inflammation that may lead to this malignancy.

Past studies have linked a common virus to prostate cancer and other research has shown that certain sexually transmitted infections - such as HPV - can be prevented by circumcision. In the new study, lead researcher Jonathan L. Wright set out to test whether circumcision could protect against the development of some cases of prostate cancer.

The researchers speculate that sexually transmitted infections may lead to prostate cancer by causing chronic inflammation that creates a hospitable environment for cancer cells. Circumcision may protect against sexually transmitted infections, and therefore prostate cancer, by toughening the inner foreskin and by getting rid of the moist space under the foreskin that may help pathogens survive.

"These data are in line with an infectious, inflammatory pathway which may be involved in the risk of prostate cancer in some men," said Wright. "Although observational only, these data suggest a biologically plausible mechanism through which circumcision may decrease the risk of prostate cancer. Future research of this relationship is warranted."