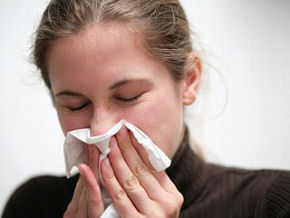 The La Niña weather pattern is altering the migratory patterns of birds and possibly triggering the development of dangerous new strains of influenza, say Columbia University researchers in the journal PNAS. The authors of the new study say their work-in-progress examines the combined effects of influenza genetics, avian migration patterns and climate data.

The study looked at the worldwide pandemics of influenza in 1918, 1957, 1968 and 2009 and found that each pandemic was preceded by La Niña conditions in the equatorial Pacific. Columbia's Jeffrey Shaman and Marc Lipsitch note that the La Niña pattern is known to alter the migratory patterns of birds, which are thought to be incubators of human influenza. The scientists theorize that altered migration patterns promote the development of new strains of flu.

"We know that pandemics arise from dramatic changes in the influenza genome. Our hypothesis is that La Niña sets the stage for these changes by reshuffling the mixing patterns of migratory birds, which are a major reservoir for influenza," explained Shaman.

Studying records of ocean temperatures in the equatorial Pacific in the fall and winter before the four most recent flu pandemics emerged, Shaman and Lipsitch found that all four pandemics were preceded by below-normal sea surface temperatures - consistent with the La Niña phase of the El Niño-Southern Oscillation. The La Niña pattern develops in the tropical Pacific Ocean every 2 to 7 years.

The authors cite other research showing that the La Niña pattern alters the migration, stopover time, fitness and interspecies mixing of migratory birds. These conditions could, says Shaman, favor the kind of gene swapping that creates novel variations of the influenza virus.

Lipsitch added that changes in migration not only alter the pattern of contact among bird species, they could also change the ways that birds come into contact with domestic animals like pigs. Gene-swapping between avian and pig influenza viruses was a factor in the 2009 swine flu pandemic.