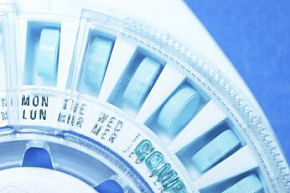 The results indicated that use of IUDs, condoms or other vaginal barriers was not associated with an increased risk of prostate cancer. But, the use of the Pill in the population as a whole was significantly associated with both the number of new cases of - and deaths from - prostate cancer in countries around the world. Interestingly, the findings were not affected by a nation's standard of living.

Margel and Fleshner stress that their research is speculative and does not indicate a direct causal relationship. "[The] analysis does not confirm cause and effect, and therefore definitive conclusions cannot be drawn, as yet," they caution.

Such endocrine disruptive compounds (EDCs) don't break down easily, so they are passed into the urine and end up in the drinking water supply or the food chain, exposing the general population, suggest the authors. "Increases in the incidence of certain cancers in hormonally sensitive tissues [breast, testis and prostate] in many parts of the industrialized world are often cited as evidence that widespread exposure of the general population to EDCs has had adverse impacts on human health," they conclude.