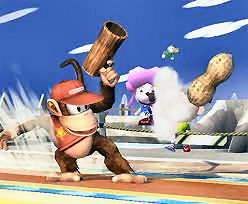 For the first time, Northwestern University researchers have turned off a life-threatening allergic response to peanuts by tricking the immune system into thinking the nut proteins aren't a threat to the body. Details of the preclinical study have been published in the Journal of Immunology.

Northwestern's Paul Bryce said the peanut tolerance was achieved by attaching peanut proteins onto blood cells and reintroducing them to the body - an approach that he believes may one day be able to target more than one food allergy at a time. It's the first time the method for creating tolerance in the immune system has been used to treat allergic diseases. It was previously used successfully in treating autoimmune diseases (multiple sclerosis and type 1 diabetes).

Interestingly, the approach also has a second benefit. It creates a more normal, balanced immune system by increasing the number of regulatory T cells, immune cells important for recognizing the peanut proteins as normal. "T cells come in different flavors," Bryce explained. "This method turns off the dangerous Th2 T cell that causes the allergy and expands the [population of] good, calming regulatory T cells."