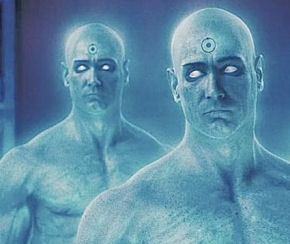 University of Massachusetts toxicologist Edward Calabrese claims to have evidence that Nobel Prize winner Hermann Muller knowingly lied when he claimed in 1946 that there is no safe level of radiation exposure. Calabrese says that Muller and other researchers had actually established threshold levels where the effects of radiation were benign – or even helpful – but that these findings were concealed.

Calabrese’s investigation appears in the journal Archives of Toxicology and Environmental and Molecular Mutagenesis. His work lends support to other studies that argue controlled exposure to low doses of radiation may significantly improve our health.

Calabrese explains that back in 1946, Muller was awarded the Nobel Prize in medicine for the discovery that X-rays induce genetic mutations. This helped Muller call attention to his long-time concern over the dangers of atomic testing. Muller’s intentions were good, Calabrese points out, but his decision to omit key scientific evidence has had a far-reaching impact on our approach to regulating radiation exposure.

Calabrese says he uncovered correspondence from November 1946 between Muller and Curt Stern at the University of Rochester about a major experiment that had recently evaluated fruit fly germ cell mutations in Stern’s laboratory. It failed to support the linear dose-response model at low exposure levels, but in Muller’s speech in Oslo a few weeks later he insisted there was “no escape from the conclusion that there is no threshold.”

To Calabrese, this amounts to deliberate concealment. “I think he got his beliefs and his science confused, and he couldn’t admit that the science was unresolved.” Muller went on to serve on the government’s Biological Effects of Atomic Radiation committee through which the linear dose-response approach to risk assessment became firmly entrenched with geneticists in the 1950s.

“It marked the transformation of a threshold-guided risk assessment to one now centered on a linear dose-response. To me this all raises the question, what happens when a scientific field lies to the public, to federal agencies and the president? This isn’t an academic debate, it’s really practical, because all of our rules about chemical and low-level radiation are based on the premises that Muller and the National Academy of Sciences’ committee adopted at that time,” Calabrese rails.

He adds that we should revisit exposure regulations because regulatory history is founded on a deception. “We have seen literally hundreds of thousands of cleanup decisions based on a model that was fraudulently derived. I think we should probably have drastically different exposure standards today, and far less fear,” he concludes.