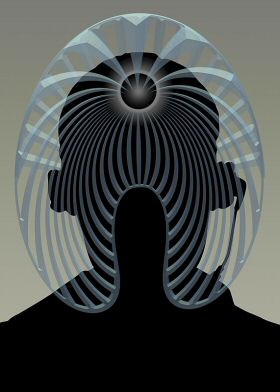 The cooling effect of yawning is thought to result from enhanced blood flow to the brain caused by stretching of the jaw, as well as countercurrent heat exchange with the ambient air that accompanies the deep inhalation. "It is the temperature of the ambient air that gives a yawn its utility. Thus yawning should be counterproductive - and therefore suppressed - in ambient temperatures at or exceeding body temperature because taking a deep inhalation of air would not promote cooling. In other words, there should be a 'thermal window' or a relatively narrow range of ambient temperatures in which to expect highest rates of yawning," explains Gallup.